Bob Peters is Raising the Bar 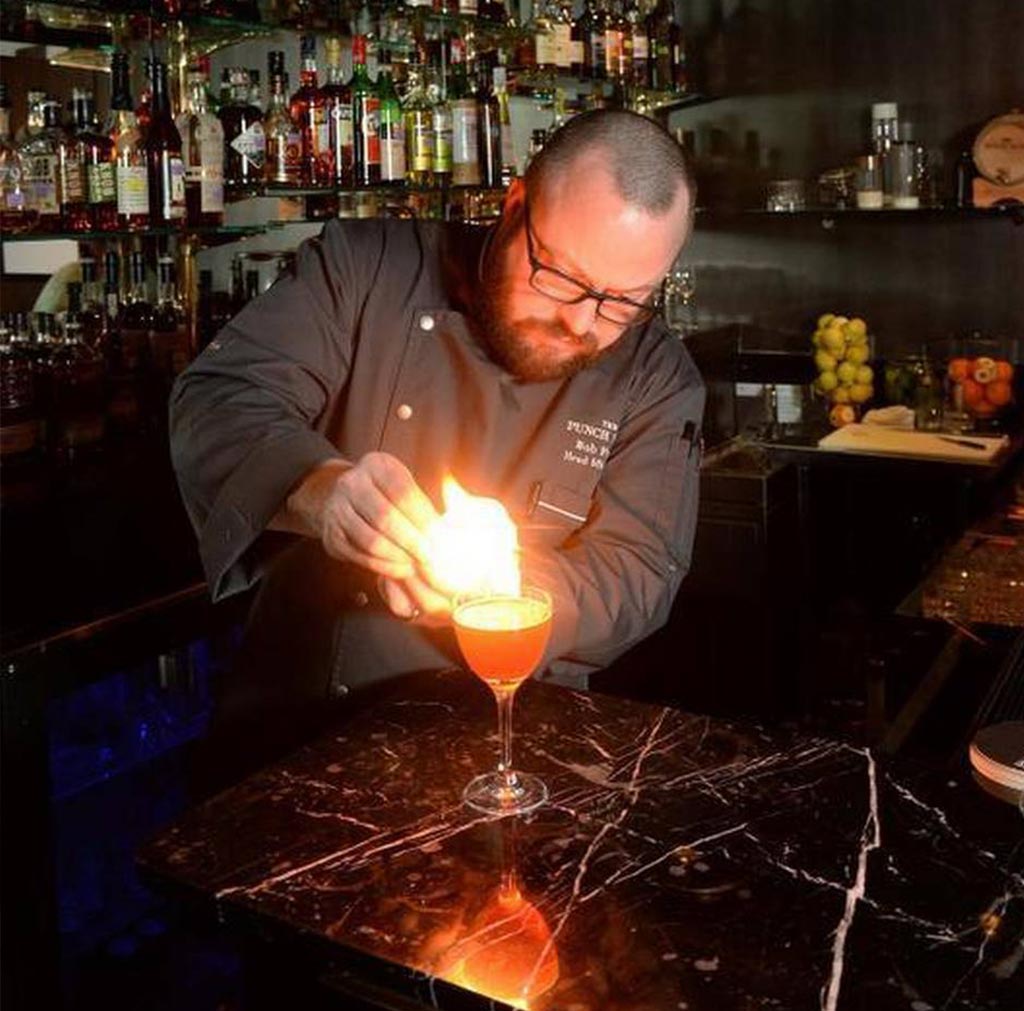 Charlotte Observer's Théoden Janes' account of Bob's story from his humble college days, his first job slinging pints, to his current role at the Ritz's Punch Room. It's a wonderfully written article of the Tale of Bob the Bartender.

Charlotte's Ritz-Carlton describes the head mixologist at its new 15th-floor lounge as "a multi-award-winning cocktail artisan."

But Bob Peters – a college dropout who started his career as a busboy almost two decades ago – has more of a layman's view of the job he took at The Punch Room: "I'm a bartender."

"I understand the idea of a 'mixologist,' of somebody capable of making an exceptional cocktail," says Peters, a Charlotte native. "It's not like I'm a doctor, though. I make drinks for a living. It's not rocket science."

Except, when you watch Peters make a drink, it actually does feel a bit like rocket science. He'll whip out a cold smoker to put vapor into a Manhattan. He'll produce a hand-held carbonator to add a bit of bubbly to his favorite vodka. He'll set an orange twist aflame to give it extra appeal.

Check It Out: Charlotte Observer | Charlotte mixologist pours his creativity into the craft cocktails at the Ritz's Punch Room